A series of puppets with a cyber-punk aesthetic is placed in three LED boxes that allow the public to operate and create their own stories. There is also a soundtrack by Dale Gorfinkel-to be activated by users via QR code. 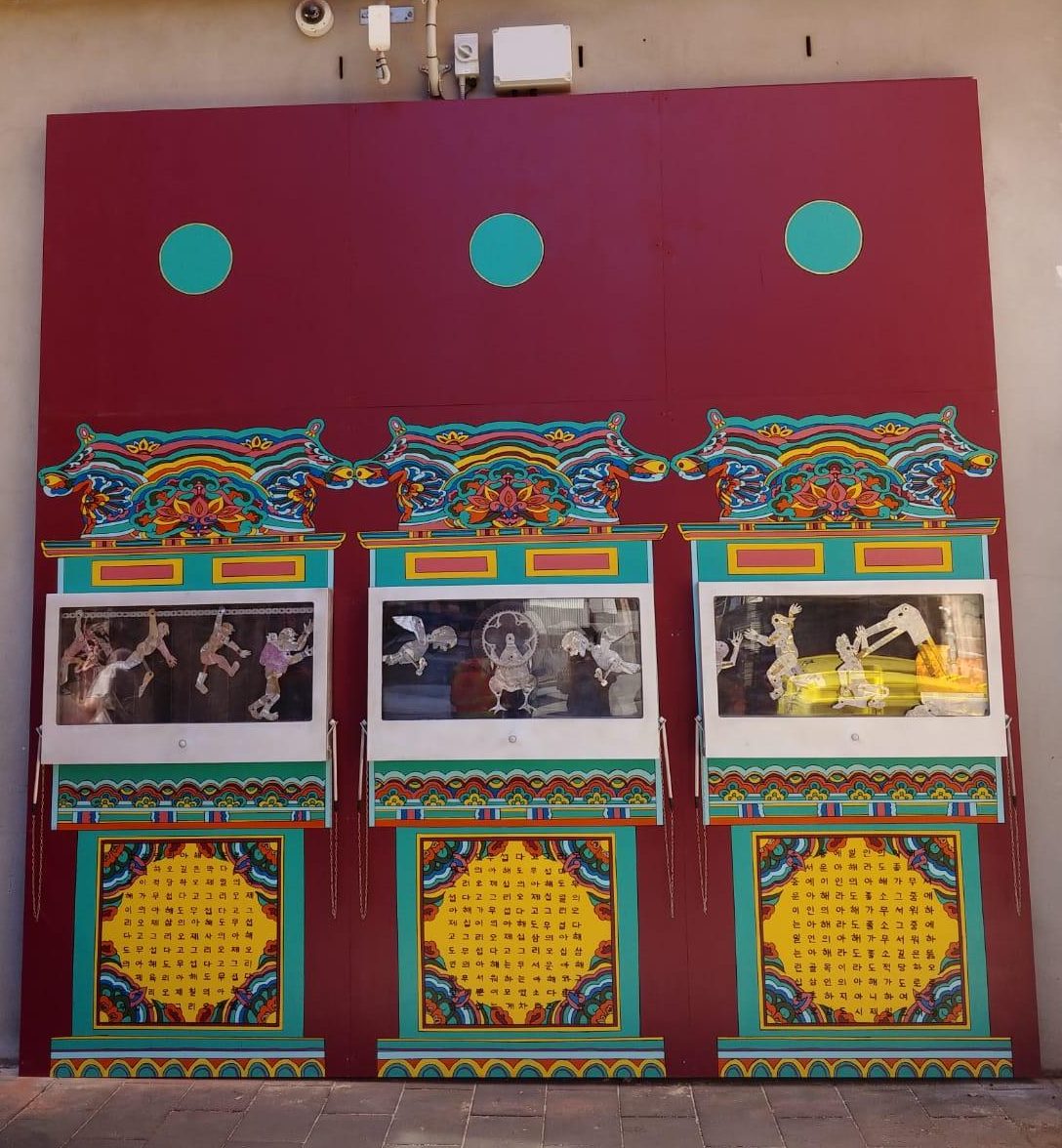 Located in George Johnson Ln next of the ARTS HOUSE, this installation consists of three altars dedicated to the contemporary mythology of the hybrid human-bird gods. They are turned in to a series of puppets with a cyber-punk aesthetic, which placed in three LED boxes that allow the public to operate with magnet sticks and create their own movements. These LED boxes are surrounded by colorful patterned wall inspired of Korean Buddhist temples. There is also a soundtrack to be activated by users via QR code. In the sounds track and on the mural painting, there is the inspirational poetry of this project called ‘Crow’s eye view poem’ (오감도 시 제1호), written by Ye Sang (이상,1910-1937), who is the most famous avant-garde writer of the colonial era.

The characters of this project- hybrid images of the bird and human can be found in many ancient cultures, the has been inspiring people’s imagination.  Either that is a form of a human faced birds or a Avian humanoid, they have been commonly symbolised the connection between earth and sky, human and the gods or- body and the sprits. As the animal bird themselves have availability of flying sky and cross the space, it was natural to symbolise them as some spiritual creatures above us.

However, in the city of current world, the existence of the birds themselves has ecologically and symbolically changed. As they lost the forest as their old home and had to adapt themselves into the city environment, they turned into a pests. They are often seen as dirty, stupid, and fearful creatures for many people. So, I played the idea of the mythological birds-human gods also had to change their form in the city.